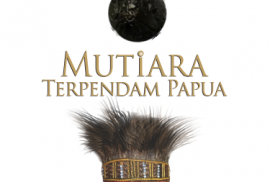 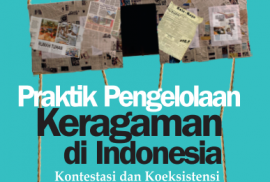 In general, the religious community in Indonesia was able to portray itself as powerful in strengthening cohesion, developing peace, and contributing to a constructive form of social criticism. But on the other hand some religious groups still played a role in acting destructively and igniting conflict.
Efforts to strengthen the cohesion of society were put into practice both communally and as initiated by individuals, as well as through government.
At government level, inter-religious encounters were actively facilitated by the Ministry of Religious Affairs through several institutions, such as the Center for Religious Harmony. Perhaps less widely known is that the Ministry of Foreign Affairs through the Directorate of Public Diplomacy participated actively in initiating inter-religious dialogue, mostly at regional and international levels. The dialogue involves not only religious leaders but also young people, academics, and the media, in international meetings in Indonesia or abroad. In 2009 the Directorate participated in forums such as the fifth Asia Pacific-level inter-religious dialogue meeting held in Australia; the Asia-Europe Meeting (in the ASEM context), also the fifth, held in Seoul; bilateral inter-religious dialogue with Austria and Russia; and the high-level Alliance of Civilizations meeting, which is a UN initiative, held in Turkey. It must be acknowledged that the Directorate of Public Diplomacy was established in 2002 (and began inter-religious dialogue in 2004), partly in the shadow of global concerns over religion-based violence after the events of 9/11 (2001) in the U.S. and the 2002 Bali bombings. After operating for over five years, it is now important to evaluate the impact of its activities. This includes the fundamental question of whether the paradigm of the dialogues it sponsored, formed partly in response to the above global concerns and accusations of Indonesia as a node in a terrorism network, is still appropriate or needs to be modified to be more constructive, and whether its activities should move beyond simply a showcase of the so-called Indonesian religious harmony.
At the local community level, 2009 manifested many positive examples of inter-community relations.
BOOKS

Bibliography Database Series on Religious Life in Indonesia: New round of Prevention of Terrorism

Since the Bali bombing attacks in 2002, terrorism, especially those involving Muslim perpetrators and done with islamic motivation associated with them, became one of the issues that characterize the religious life of Indonesia. Measures to deal done fairly systematically. In this regard, the Indonesian police often gets credit for the success they catch the perpetrators and the people in this terrorist network. Condemnation of the bombers came from many religious leaders and community organizations. Although there appears to be a tendency to decrease the number of cases, terrorism obviously has not disappeared from Indonesia.