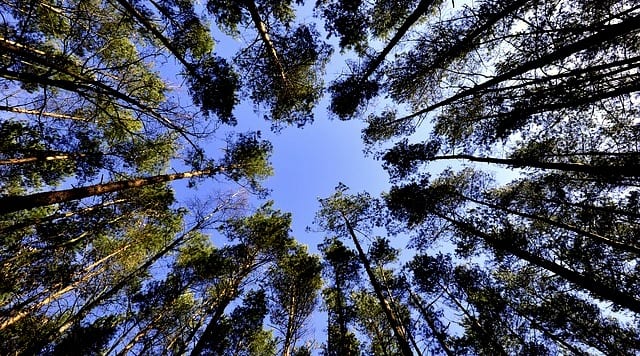 There has been a growing awareness about the important role indigenous communities play in protecting nature. Yet, their rights have not been fully recognized under many governments, partly due to stigmatization from world religions’ followers. Dealing with this issue, Dr. Zainal Abidin Bagir gave a talk at the CRCS-ICRS Wednesday Forum on May 8, 2019. Making use of the notion of “ecological conversion” introduced by Pope Francis in his landmark encyclical Laudato Si’ (2015), Bagir addressed complex engagements between world and indigenous religions in dealing with the ecological crisis, trying to answer the question of what full recognition of indigenous communities would imply in regard to preserving nature and in relation to the world religions’ communities.

Inspired by his participation in the Interfaith Rainforest Initiative (IRI) conference in Norway in June 2017, Bagir argued that the emergence of a global interfaith-based environmental movement, such as IRI, signifies the growing awareness that the ecological crisis has to be dealt with by international, cross-cultural, interfaith communities in solidarity, whereby indigenous communities have to be given full recognition or even a central role as they are at the forefront of preserving the rainforest as the bulwark against climate change. (Read the IRI participants’ declaration.)
Bagir explained that rainforests are typically areas where a variety of indigenous communities inhabit across the world. Yet, according to a 2014 report on climate change and forest rights, “when indigenous peoples and local communities have no or weak legal rights, their forests tend to be vulnerable to deforestation”. Therefore, “if the protection of tropical forests is to be effective in the long run, it must build on the rights of indigenous peoples and local communities”. In short, “if you care about the forests, then you have to care about the people [inhabiting them],” argued Bagir.

Indigenous communities have been stigmatized as “having no religion” and “anti-development”, due to their indigenous beliefs and resistance against the exploitation of nature by mining companies. The case of the Kendeng community in Central Java who continue to resist the establishment of cement factories in their ancestral land serves as an example. This typical story of marginalization also happens in other indigenous communities in Indonesia and beyond.

In this regard, world religions have also contributed to the marginalization of indigenous people by propagating the stigma of them “having no religion” and targeting them as an object of conversion. Bagir noted that the presence of companies and world religions in the lands of indigenous communities usually goes hand in hand which, in turn, leads to their marginalization.

For world religion’s communities, the question then, is how to deal with this issue, considering the imperative of full recognition of indigenous communities for the sake of ecological conservation. Bagir argued that two things are required. First, we have to accept indigenous people “not as an object of conversion”. Second, the followers of world religions need to develop a theology that is inclusive to indigenous communities’ religious belief and practices. In so doing, Bagir borrows the notion of “ecological conversion” introduced by Pope Francis’ Laudato Si’.

It is noteworthy that Laudato Si’ acknowledges the significant existence of indigenous communities in protecting nature, while encouraging that they should be “the principal dialogue partners”. More importantly, it argues that their lands should not be treated as a commodity that can be unilaterally exploited to serve human interests. For many indigenous communities, their lands are a sacred space. Yet, many of them have been expelled from their lands, often under agricultural or mining projects which are undertaken without regard for the degradation of nature and culture.

According to Laudato Si’, since we are part of nature, ecological destruction also means social and cultural destruction. It argues that the “technocratic paradigm” is the root of ecological crisis. A radical way of thinking and a new spirituality, therefore, are necessary to overcome it—hence the notion of ecological conversion. Referring to Pope Francis, Bagir added that we also need “something deeper (not just laws), which needs to be connected to the higher reality, motivates personal transformation, and cultivates new virtues to care for the earth.”

What does the notion of ecological conversion mean for world religions? In an essential explanation, Bagir described, religion has three dimensions: anthropological, cosmological, and soteriological. While the cosmological dimension is the most salient feature of indigenous religions, in todays’ context, world religions place too much emphasis on the anthropological. These two different tendencies have different paradigmatic implications in seeing nature or non-human beings.

Referring to Samsul Maarif (2015), world religions tend to perceive human beings as distinct from and superior over nature and supernatural beings, i.e. “humans as persons and others as non-persons”. As such, their relationship with supernatural beings is often regarded as a form of worship. Indigenous religions, in contrast, see those non-human beings as equal subjects in this universe, maintaining “inter-subjective relations”. However, Bagir pointed out that these different characteristics should be understood as ideal types or spectrum. That is, religious communities, either world religions or indigenous religions, might be prone to giving more emphasis on either the anthropological or cosmological dimension. The issue, then, is how to maintain the balance?

In this way of thinking, for world religions’ communities, ecological conversion should be understood as “a shift from prominence given to the anthropological dimension, to more of the cosmological,” Bagir argued.

Anthropocentrism indeed remains a challenge. Bagir conceded that a deconstruction of this paradigm, frequently associated with world religions, is not an easy task. Nevertheless, we can find a different type of anthropocentrism within world religions, a religious cosmological vision that is “less anthropocentric” and relatively inclusive to indigenous religion’s paradigm. For example, by restoring a classical view from the Islamic tradition, Bagir cited the 17th century mystical philosopher Mulla Sadra who said, “Every contingent being, including plants and inanimate things, possesses consciousness, power, and volition, and subsequently life, albeit in different degrees.” In the context of Christianity, the figure of St. Francis Assisi can be a role model of the same view.

The last two examples signify that ecological conversion in the context of world religions does not necessarily mean an absolutely new way of thinking and spirituality in dealing with nature, since it can be reconstructed from within the classical tradition of the world religions themselves, though we still need a further interpretation in light contemporary context and an attempt to campaign for it to challenge the currently dominant religious discourse.
___________________

The writer, Afifurrochman Sya’rani, is CRCS student of the 2017 batch.