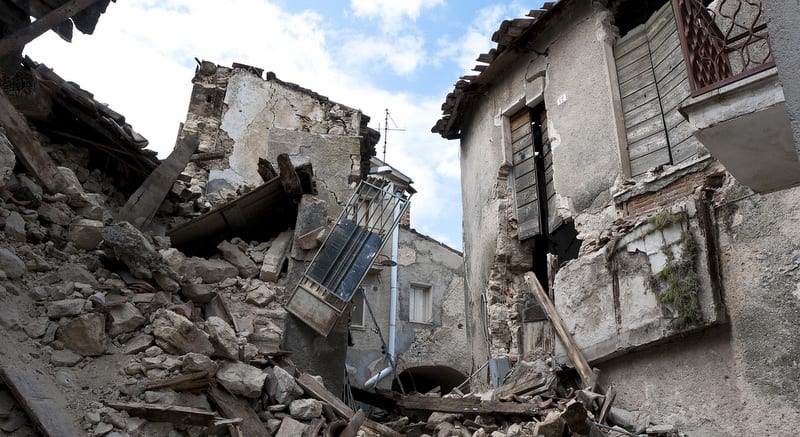 Indonesia is located in an area of geological instability. As a result, natural disasters occurred frequently, including in Yogyakarta, as one of the disaster-prone areas in Indonesia. In the last decade, several natural disasters happened in this region. And, facing this and experiencing the suffering, religious people sometimes pose this common question: Why does a good God allow bad things to happen?

Suffering has always been connoted to negative occurrences. In dealing with the vulnerable circumstances, people reacted in various ways. Some people believe that the suffering impacted by a natural disaster is due to sins that they committed, while the others see the natural disaster as merely an inevitable natural phenomenon.

Albertus Kristiadji Rahardjo in his 2007 master’s thesis at CRCS titled Theology of Solidarity in Times of Disaster and Suffering: Theological Reflections Based on Experiences of a Post-Disaster Christian Community in Kintelan, Bantul, Yogyakarta attempts at constructing a contextual theology based on Christians’ religious experience of disaster and suffering. He focuses on the post-disaster experience of the deadly earthquake that happened in May 27, 2006. The earthquake took place in almost a minute but produced massive damage. Thousands of people died and were injured at that time. Hundreds of thousands of buildings and houses were severely damaged, leaving a great loss in the communities.

Rahardjo’s research focus is on the Catholic community in Kintelan. As part of Ganjuran parish, the Kintelan Christians have a strong tradition of faith rooted in Javanese tradition. This is expressed in their prayers and liturgy that are using Javanese language and cultural symbols. Kintelan Christian community is very well-accepted by the surrounding community. In day-to-day lives, the Christians and Muslims live in a harmony, reflected in the participation of the Muslims in various public activities organized by the Christian community.

Despite the religiousity of Kintelan people, local culture and philosophy still have strong influence in their daily lives. They viewed the incident of earthquake in 2006 as part of the natural process in the universe that seeks balance or harmony. Kintelan people, as Javanese, understand this universe as jagad gedhe (macrocosm) and human relations as jagad alit (microcosmi). The fact that the universe and humans are interconnected and interdependent, a harmonious relation needs to be maintained. Whenever a natural disaster occurs, therefore, the Javanese will do a reflection on the possible problems that might have happened between the universe and humans. The suffering resulted by the earthquake in fact gave the Kintelan people a deep remembrance that it is their duty to take care and preserve nature.

Rahardjo states in his thesis that people in Yogyakarta, including those in Kintelan, have a strong social bond and wide kinship relations. The local wisdom called “gotong royong” (lit. mutual cooperation and assistance) in their social life gives a significant effect in how they responded to the earthquake and the suffering it caused. Gotong royong comes from the sense of care and solidarity amid communal experience. The spirit of solidarity to overcome the suffering was not only among the victims, but came from the wider communities in Yogyakarta, reflected in the process of evacuation, emergency response, recovery, and reconstruction.

The fact that Kintelan people are also religious, makes this experience of disaster and suffering could not be separated from their religious perspective obtained from their faith traditions. Many of them believed the disaster and suffering are God’s punishment for their transgressions and it is God’s call to reconciliation with them. Unfortunately, this notion caused a deeper psychological burden to some of them. Meanwhile, others viewed the disaster and suffering as a challenge to be a better person, which gave a more positive influence in their recovery process. They also viewed the solidarity from many parties as the reflection of God’s love that eased their suffering.

To put this phenomenon into a perspective, Rahardjo took a biblical view of solidarity, which is that by engaging in solidarity, one considers the others as his/her brothers and sisters. Solidarity crosses ethnic, cultural, and religious boundaries. It is well-reflected in the parable of the Good Samaritan that Jesus told to his disciples. The value of solidarity also inspires the relationship between humans and nature, implied in Genesis 1:28. God mandated humans to maintain and preserve nature. Besides, the First Letter of John reflects that solidarity stresses two dimensions of love; to love God (vertical) and to love His creatures (horizontal).

Rahardjo explains that the word “solidarity” comes from the word sole means single, one and only; and ary, which is a suffix that forms nouns (things related). Solid means substantial, reliable, strong and dependable. In other words, solidarity means a combination or agreement of all elements and individuals, as of one group; complete unity, as of opinions, purposes, interests, feelings. Rahardjo makes emphasis on that theology of solidarity is a model of contextual theology that focuses on the value of solidarity in a mutual relationship between God, humans, and His other creations. God’s solidarity is profound in the crucifixion of Jesus which signifies His willingness to suffer and die, and therefore humans are to experience suffering as their solidarity to God. This goes in line with the Javanese local wisdom of nrimo and sumarah, which means a self-willingness to be open to everything that happened. This helps them in having a positive attitude towards disaster and suffering.

Rahardjo’s thesis offers us that disaster and suffering can facilitate reflections on what faith in God means as well as on what local wisdom has reminded us of who we are in this world.

Ira Chuarsa is CRCS student of the 2017 batch.