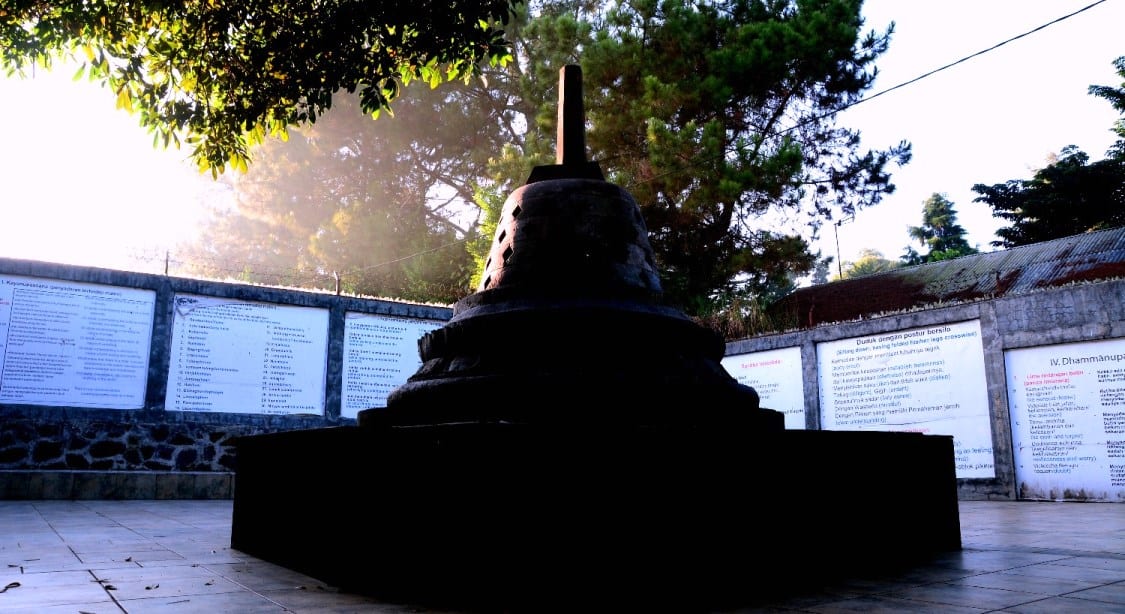 The demand for a greater gender equality is present in various religious traditions, including Buddhism. In most Theravāda Buddhist societies, women are no longer allowed to pursue the highest level of ordination instituted by the Buddha, i.e. to become bhikkhuni. Although women are able to practice the monastic life and participate in the monastic institution (sangha), they do not gain spiritually equal status and authority in comparison to their male counterparts (bhikkhu). This becomes a constraint for Theravādin women who are eager to pursue higher ordination. Challenging the patriarchal convention, some of them turn to the other Buddhist school, the Mahāyāna, to be fully ordained. Yet, their status remains illegitimate, according to the male Theravādin authorities who insist on the “purity” of the lineage of the Theravāda tradition.

In this context, Wilis Rengganiasih Endah Ekowati’s 2006 master thesis at CRCS UGM titled “The Controversy of Bhikkhuni Ordination (Upasampadā) within Theravada Buddhism in Indonesia” discusses the issue within the Indonesian context. It particularly focuses on explaining and analyzing the narratives of four Indonesian Buddhist nuns undertaking full ordination at the Mahayana temple Fo Guang Shan in Taiwan on April 15, 2000.

The most significant part of Ekowati’s master thesis is the third chapter where she explains the agency of the Indonesian nuns challenging the Theravādin-male authorities for the sake of the pursuit of full ordination. To begin with, she explains about the development of Indonesian Buddhist nuns experiencing the monastic life. Due to the impossibility of women’s full ordination, the only possibility for them in the Sangha is to become mae ji, a lower level of Buddhist nun who stay in the monastery and practice eight precepts rather than the full 311 vows.

Unfortunately, mae ji remain deemed as inferior, because they are likely to serve bhikkhus in vihāra. As such, they gain a negative stigma: “an intellectual servant or bhikkhu servant”. It is true, Ekowati insists, that while focusing on practicing their spiritual path, mae jis have to perform some duties, including cooking for bhikkhus and cleaning the vihāra. This reflects a double burden of which they have to bear as a Buddhist nun. Arguably, this is not effective for the improvement of their spirituality.

With the growing awareness for the spiritual independency, the mae ji have built their own place for practicing the monastic life, named as Wisma Kusalayani, independent from the bhikkhu sangha. Located in Maribaya, Bandung, it was founded in April 1993 by two women, Santini and Silavati, who were at the time mae ji. It aims at assisting Theravādin nuns to cultivate their spirituality, including meditation, learning, and practicing the Dhamma. In 1994, the mae ji began called themselves with a Pali term anagārini as a way towards liberation from the gendered stigma. It was then followed by the establishment of The Association of Indonesian Anagārinis (LAI) which focuses on the empowerment of Buddhist women.

Ekowati presented central arguments for and against the prohibition of bhikkhuni ordination in Theravāda Buddhism. According to the Vinaya Pitaka of the Pali Canon, the pursuit of higher ordination for nuns requires the existence of both bhikkhu sangha (male monastery) and bhikkhuni sangha (female monastery). Nonetheless, according to the Theravāda tradition, the existence of bhikkhuni sangha has disappeared since the eleventh century CE in both India and Sri Lanka. Since then, it is considered as no longer existant, and any attempts to revive it is regarded as against the tradition. Thus, according to this argument, it is highly impossible for women to be fully ordained as bhikkhuni.

This argument was used by STI (Sangha Theravāda Indonesia) and members of KBTI (Keluarga Besar Theravāda Indonesia) to refuse the status of the Indonesian nuns fully ordained in Fo Guang Shan, Taiwan, by issuing an institutional decree. It was previously affirmed by the Sangha Sabha of Sri Lanka, sending a letter to the chief of STI at the time. According to Ekowati, this presupposes “a kind of indirect pressure from the Sangha’s senior authority”.

Ekowati subsequently elucidated how the Indonesian Buddhist nuns have challenged the Theravādin authorities to defend their status as bhikkhuni. They argue that bhikkhuni ordination is not against the Buddha teachings (the Vinaya). This is based on the Cullavagga Sutta X (Buddhist-selected texts) which acknowledges that the Buddha himself allowed bhikkhu to ordain bhikkhuni. Accordingly, Bhikkhuni Santini contended that Buddhist nuns can pursue higher ordination without the presence of Bhikkhuni Sangha.

They were also critical of the atthagarudhamma, the eight precepts, arguing that it represents discriminatory rules imposed on bhikkhuni. It was historically conceptualized during the first Buddhist council which was mostly dominated by men. Besides, they questioned the historical authenticity of the extinction of Bhikkhuni Sangha in the eleventh century CE. In particular, they insisted that the prohibition of women’s higher ordination arguably hinders us from the essence of ordination itself, as the Buddha says that anyone, regardless of gender, can attain the enlightenment (nirvana).

Eventually, in the latter chapter of her thesis, Ekowati examined gendered biased interpretations of the Buddhist canons serving as a scriptural basis for the prohibition of bhikkhuni ordination. In her view, those texts should be understood within their historical context, i.e. “the anti-feminine Brahmanism” in which Buddhism emerged. The first Buddha council represents how women’s voice was subordinated. In this regard, Ekowati contends that the perspective of women is highly needed in interpreting the scripture in favour of gender equality. Here, Bhikkhu Bodhi’s article, “The Revival of Bhikkhunī Ordination in the Theravada Tradition” is relevant. He reforms the restriction of full ordination for women. Pointing out “the ancient mandate” of the Buddha’s teachings and reflecting the challenge of contemporary context, Bodhi argues that women’s full ordination is legally legitimate.

Ekowati’s thesis contributes to the discourse on feminism and Buddhism in Indonesia. Her study on the narratives of the Indonesian Buddhist nuns reflects what feminist scholars called agency, albeit she did not use the theory of agency in her analyses. Yet, what influences their agency remain less explored, e.g. what influences their understandings on the scriptures. Using the concept on agency may make her analyses deeper and more nuanced. Above all, however, Ekowati’s thesis is not only an academic study but also an attempt to hear the voices of the voiceless. Also, crossing religious boundaries, this case is not unique to Theravada Buddhism. Similar struggles can be found in other religions such as Christianity (female pastors) and Islam (female ulama) though maybe with a different ultimate goal.