The Fragility and Feasibility of Human Rights 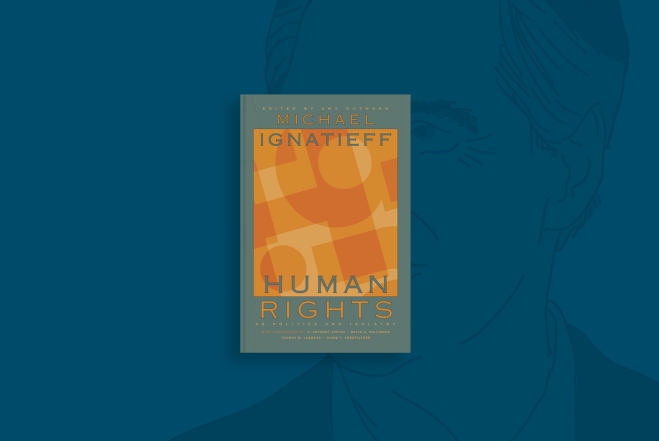 The Fragility and Feasibility of Human Rights

Since the adoption of the Universal Declaration of Human Rights (UDHR) by the United Nations, human rights has become a norm that is both legally and globally institutionalized by many nations. Yet, the hegemony of human rights as a universal concept has generated various critical responses. One of the main criticism lies in the universal claim of human right which implies the characteristic of imperialism. On the other hand, the implementation of human rights is far from complete.

The Fragility of Human Rights

Ignatieff begins his argument by responding to the accusation of human rights as new model of Western imperialism. Rather than a norm that symbolizes the pinnacle of European or Western civilization after experiencing thousands year of war, human rights is a “war-weary generation’s reﬂection on European nihilism and its consequences (p.4).” In other words, human rights does not reveal itself to be a concept for the powerful. In fact, it relates to those who perceived as powerless. Furthermore, as Ignatieff states, the human rights focuses on protecting local cultures and worldviews which may different from Western frameworks (p.7). The human rights are one way for certain people to fight injustice, both from the state or from other social power.

On the other hand, as Ignatieff points out, many Western countries struggle to implement human rights through judicial, advocacy, and enforcement, especially during second half of the 20th century. One of them is the United States that is popularly given fair marks to the promotions of human rights. Since the early 1950s, the American Congress has resisted the implementation human rights norm to American citizens and institutions, while at the same time promoting the completion of human rights around the world. Dealing with the contradiction, Ignatieff categorizes America’s attitude as a form of “exceptionalism” in which they feel that their own civil and political rights have more value than international covenants (p.14). This tendency is not only shared by the United States, but is also found in many countries. The exceptionalism case shows that there is a gap between the goals of international human rights and collective self-determination called nationalism.

Here, nationalism can be a double-edge sword. On one hand, nationalism is a form of human rights, namely collective self-determination, where a group of people agree to organize their lives according to the rules they mutually agree on. In addition, the existence of an autonomous state or government is an important element in the completion of human rights, especially for the oppressed. It can be said that human rights are one of the things that encourage the formation of nationalism. On the other hand, nationalism tends to favor the majority rather than the minority which in turn creates new victim groups. Ignatieff gives a good and classic example of the state of Israel where the tormented Jew people have a desire to create an independent Jewish state. After the state of Israel is established and occupied the West Bank territories, the ethnic majority group through Israeli military intervene Palestinians, the minority groups who are not citizens and do not have adequate protection from the national constitution (p.15-16). To some extent, nationalism may give authority to victimize individuals under the guise of their right to self-determination.

Hence, Ignatieff concedes that this contradictory situation raises many questions, such as scope and limitations of the human rights. Can international intervention against a state be justified in the name of human rights? If so, when should it be implemented and what is the extent of the intervention? Thus, human rights is not an empty entity without interests and tension. Thereby, Ignatieff positions the human rights as a political means.
However, it is important to underline that the inclusion of human rights into political discourse is not always a solution to the conflicts. Instead of being a moral compass that solves problems, it also carries the risk of escalating the conflict, even to the point of irreconcilability. For example, in the case of separatism—as shown by Ignatieff through the case of East Timor (p.27), domestic political problems have the potential to become international human rights issues and threaten the stability of a country when human rights discourse is involved.

The fragility of the concept of human rights has made many countries, especially those who comes from non-Western culture, assume that there is something wrong with the principles of human rights. In fact, the existence of UDHR itself continue to raise the pros and cons, or at least doubts as Ignatieff asked, “What does it mean to believe in it?” Therefore, he underlines the moral burden carried by Western countries as the main promoters of the human rights. By consistently implementing human rights internally, Western countries can play a greater role in the cross-cultural initiation of human rights at the international level, rather than seeking only to export them.

The Feasibility of Human Rights

One of the greatest challenges of international human rights is providing a basis of universal legitimacy that everyone can agree on rights and restraints that apply everywhere. However, it is nearly impossible to agree on a universally accepted definition of what is good. Thus, Ignatieff proposes “minimalist” approach in implementing human rights. As opposed to the most of human rights activist’ arguments, maximum results from the acceptance of human rights can be achieved when we strive for the minimum. In Ignatieff’s word, “the worst we can do, instead of hopeful expectations of the best.” (p.80)

Ignatieff takes inspiration from the notion of a “negative liberty” proposed by Isaiah Berlin. Different societies may have different cultures and have different ways to define which one is good and which one is not. Yet, throughout history, most of people and society hate to suffer. In other words, instead of prescribing what kind of lifestyles and values, human rights need to talk about what should never happen with a human.
Hence, in order not to fall into the trap of imperialism, Ignatieff states that human rights become less imperial if considered beyond politics. Human rights must be understood as a discourse that aims to create common framework that does not necessarily facilitate agreement (p.20). Thereby, human rights bring attention to mutual respect as well as build mutual appreciation. This awareness will positions human rights action not only as deliberation and compromise but also as a living concept in the society.

Despite the various weaknesses and problems that surround it, human rights are still a promising concept. The debate over human rights remains unfinished, and maybe never will. Ignatieff invites us to leave this problem behind and focus more on building support for human rights because human rights help people to help themselves. On the other hand, human rights cannot be imposed by force from the outside. Thus, rather than a global norm that taken for granted by many nations, every nations need to seek their moral grounds for the human rights to be effectively applied.