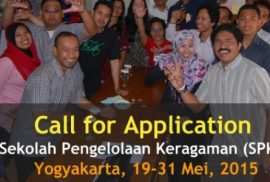 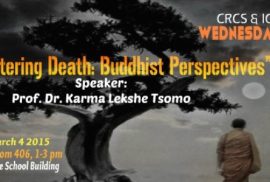 ABSTRACT:
Death is an inescapable reality for all human beings, but we generally try to avoid the topic. If we’re in denial, though, how will we deal with death when the time comes? The Buddha’s confrontations with old age, sickness, and death turned him toward the spiritual quest.
After his awakening, he taught many methods of meditation, including contemplations on death and dying. As Buddhism spread to countries throughout Asia, attitudes toward death and dying inevitably changed, influenced by indigenous beliefs and practices. This presentation will explore basic Buddhist teachings on death and afterlife, as well as cultural variation.
SPEAKER:
Karma Lekshe Tsomo is a professor of Theology and Religious Studies at the University of San Diego where she teaches Buddhism, World Religions, and Death and Afterlife. She received a doctorate in Comparative Philosophy from the University of Hawai‘i, with research on death and identity in China and Tibet.
She is co-coordinator of the 14th Sakyadhita International Conference on Buddhist Women and director of Jamyang Foundation, an innovative education project for women in developing countries. Her publications include Into the Jaws of Yama: Buddhism, Bioethics, and Death and nine edited volumes on women in Buddhism.