Coptic Christianity under Muslim rulers past and present 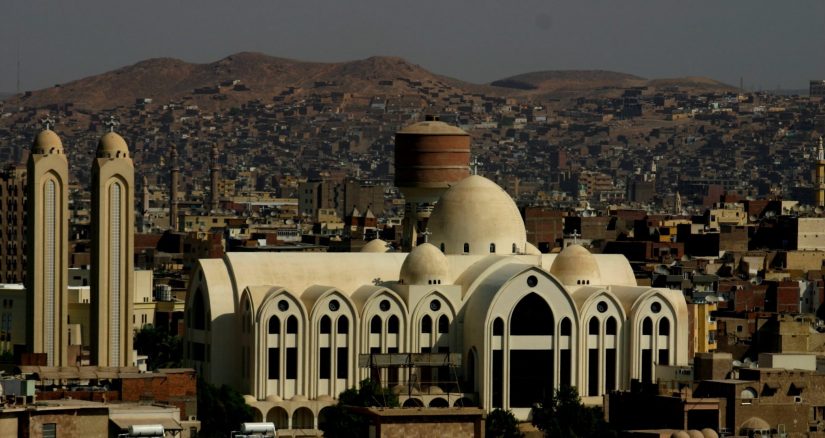 Coptic Christianity under Muslim rulers past and present

At the beginning of his presentation about Coptic Christianity at the CRCS-ICRS Wednesday Forum on April 18, 2018, Dr Magdy Behman, an Egyptian-American guest lecturer who has been teaching at UIN Sunan Kalijaga since 2016, showed the tattooed cross on his forearm signifying his membership to the Coptic Christian community. He then problematized the term “Coptic”, which is derived from the Latin Coptus, adapted from the Greek Aigyptos which refers to the indigenous people of Egypt. After the region came under Muslim rulers, however, the meaning of the term became narrower, specifically referring to Egyptian Christians, and not Muslims. For Behman, it should have been “we are all Coptic; there are Coptic Christians and Coptic Muslims”.

In outlining a brief history of Coptic Christianity, beginning from Saint Mark’s arrival in Egypt in the first century, Behman exposed how the community has struggled and suffered as a minority since Islamic rulers began dominating Egypt in the seventh century. He criticized the common historical narrative of Islamic conquest that is called “al-fath al-mubin” (a great opening/liberation) that began with the arrival of ‘Amr ibn al-‘Ash in 650 AD. Behman argued—while acknowledging that all historians, particularly believing historians speaking about their fellow believers, have their own biases—that from the perspective of the Coptics, Muslim rulers in medieval Egypt largely did not champion tolerance toward the Coptics.

Instead of calling the advent of Islam in Egypt an “Islamic conquest”, Behman calls it an “Arab invasion”. The term “Islam” as an institutionalized religion, he argued, did not exist at the time. The canonized Quran and codifications of hadiths did not either. What happened instead was very much an Arabization: the Coptic community had to speak a new language, Arabic, putting their indigenous language into extinction. Besides, the Coptic community under the Muslim rule had only three options: becoming Muslim, paying a special tax called jizya, or being killed. This is not yet counting the various discriminations they faced as “kuffar”.

Due to these harsh choices, some Coptics lacking money or unwilling to pay jizya and wanting to maintain their faith started to go into seclusion and adopting a monastic life in remote areas in the tenth century, marking the beginning of the development of a theology of persecution in Egyptian Coptic history. Matthew 5:10 was cited as a basis for this theology: “Blessed are those who are persecuted for the sake of righteousness for theirs if the kingdom of heaven.” After briefly recounting the history of pre-modern Coptic Christianity, Behman talked about the community’s struggle in modern Egypt. An important turning point began under President Anwar Sadat when he limited the freedom of the religious minority by issuing the second amendment of the constitution of Egypt. Two issues were controversial.

First was about the article in the amended constitution that specifically mentions Islam as the religion of the state, with Arabic as its official language and the principles of Islamic Sharia as the main source of legislation. The second relates to the penal code on blasphemy, which restricts the Coptic community’s manifestation of belief and conscience in public sphere.

Closing his presentation, Behman talked about the role of Al-Azhar University which had a great influence over the second amendment of the constitution. Besides, Al-Azhar’s declaration of someone’s acts as blasphemous has become the most powerful in influencing court verdict and consequently banning his/her writing. This is exemplified in the case of numerous Egyptian writers and academics such as Naguib Mahfouz, Farag Fouda, Nasr Hamid Abu Zayd, and many others. On the specific case of Abu Zayd, Behman recounted, Egypt actually had no specific law against him at the time, but the court then decided to base its verdict on Abu Zayd’s blasphemy on the constitution, which is something alien to the criminal court tradition. For this reason, Behman has the view that Egypt is a masked theocracy, considering the state has given strong political power to Al-Azhar.

During the Q&A session, Behman was asked about the Muslim conquest of Egypt under the leadership of Amr ibn al-‘Ash. He then responded by arguing that the conquest was more of political motivation rather than simply a da’wa or Islamic propagation and recalling what he said earlier in his presentation about the Muslim “conquerors” did at the time against the Coptics. Another question was about the representation of religious minority in the government. Behman answered that there is a limited representation for the Coptics in parliament and governmental employment. In Egypt’s current parliament, there are only 36 Christians out of 596 total members. Although this is an improvement from the past parliaments, this is still disproportionately low. Besides, two-thirds of the Christian parliamentarians were elected on the basis of Egypt’s religiously-based quota system.

Mufdil Tuhri is CRCS student of the 2017 batch. Header image: The Coptic church in Aswan, Egypt. Photo by Terry, taken from Flickr under creative commons.