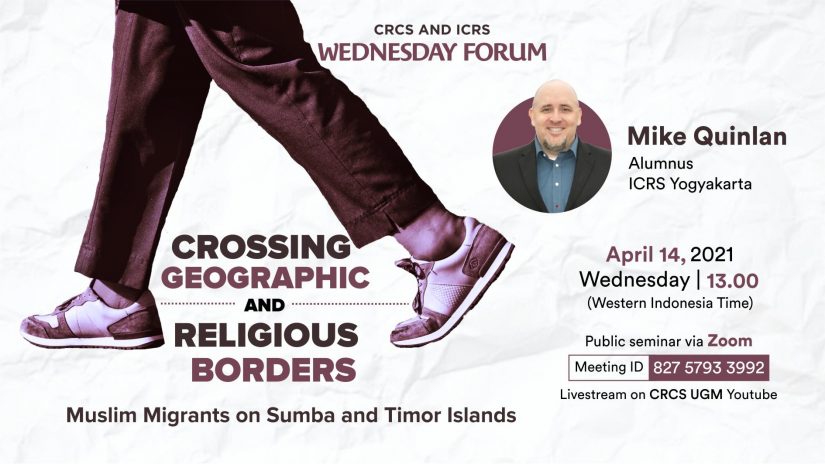 Migration has shaped and continues to reshape the peoples and communities of the Indonesian Archipelago. Advances in transportation and communication technologies have opened new possibilities and new geographic spaces once believed to be out of reach. This talk will examine the phenomenon of migration and the changes which occur in Muslim migrants’ faith and practice as they move from their Muslim-majority homelands to the Christian-majority islands of Sumba and Timor. Migration disrupts the religious and cultural patterns of migrants leading to social and religious adaptations. Migrants mitigate the loss of ethnic and religious bonds through changes in personal habits, participation in religious communities, and through ethnic enclaving. Many participants reported that their experience as migrants produced positive changes in their personal religious belief.

Mike Quinlan is a Christian pastor serving with the Yogyakarta International Congregation and alumnus of ICRS. Motivated by his own religious community’s failings to understand the experiences of migrants to the U.S., Quinlan and his family migrated to Indonesia, to experience firsthand the life of migrants entering a space wherein they are now a religious minority.