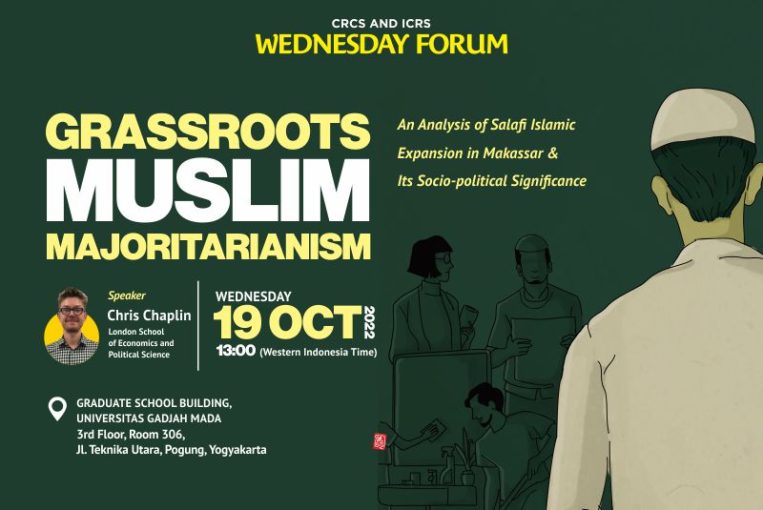 Over the past 30 years, Indonesia has witnessed the growing prominence of a number of transnational Islamic revivalist movements. These have had a considerable impact on political culture, as the popularity of these movements has gone hand-in-hand with increasingly sectarian views across segments of Indonesian society. Yet how do such movements successfully transmit their ideas at the grassroots level and present them in ways that influence national political opinion? Conversely, how does such grassroots activism alter the message and social aims of such activists? I aim to address these questions by focusing on the city of Makassar, South Sulawesi, and the activism of Indonesia’s largest Salafi-influenced organisation, Wahdah Islamiyah. Illuminating how Wahdah Islamiyah have grown their local network of mosques and schools, and the subtle practices they deploy to frame their Islamic message in ways that both relate to the anxieties of their audience, I explain how they promote a Muslim majoritarian vision of society. More broadly, I conclude by assessing the extent to which such activism can form an understandings pertaining to the socio-political mobilisation of religious social movements, and what it may tell us about the health of democratic debate and pluralism in 21st century Indonesia.

Chris Chaplin is Assistant Professorial Research Fellow in the Religion and Global Society Research Unit based at the London School of Economics and Political. Science (LSE). Chris is particularly interested in the affective geographies that define religious and non-religious encounters, and what these spatial dynamics may tell us about the creation of interconnected but diverse interpretations of plurality, and the emotive spiritual experiences behind them.