Morality on the Digital Edge 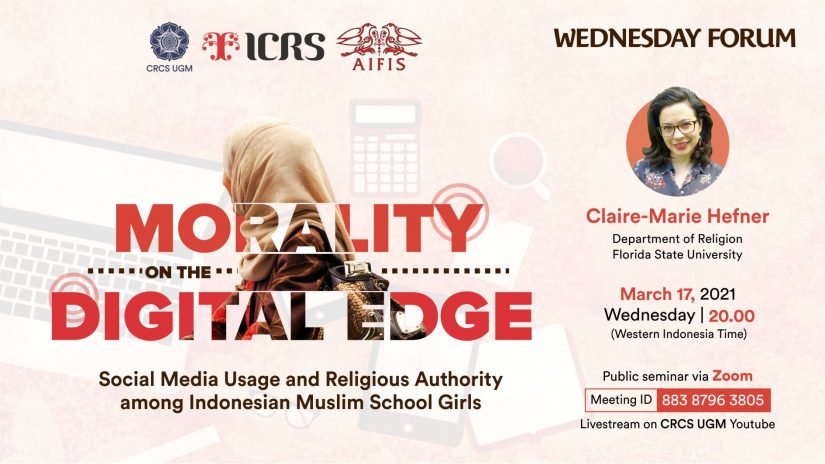 Across the Muslim world, the rise of new media and, in particular, the Internet, is credited with having allowed for a greater number and variety of participants in debates about Islamic normativity. This paper is an analysis of digital literacy, religious authority, and morality in two Indonesian Islamic boarding schools for girls. I argue that these young women occupy a “digital double-edge”— their (limited) access to the digital world offers cosmopolitan and entrepreneurial opportunities while also exposing them to gendered scrutiny for their engagement with the morally murky space of the Internet. Within the study of Islam and new media, I argue that greater attention to everyday decision-making surrounding what to post, “like,” and share reveals new spaces where young Muslim women lay subtle claim to religious authority as they engage and interpret alternative messages about Islam and gender that they encounter online.

Claire-Marie Hefner is a cultural anthropologist and postdoctoral scholar of Islamic studies in the Department of Religion at Florida State University. She is currently developing her book manuscript, Achieving Islam: Women, Piety, and Moral Play in Indonesian Muslim Boarding Schools, an ethnographic study of moral learning and women’s achievement in Yogyakarta.