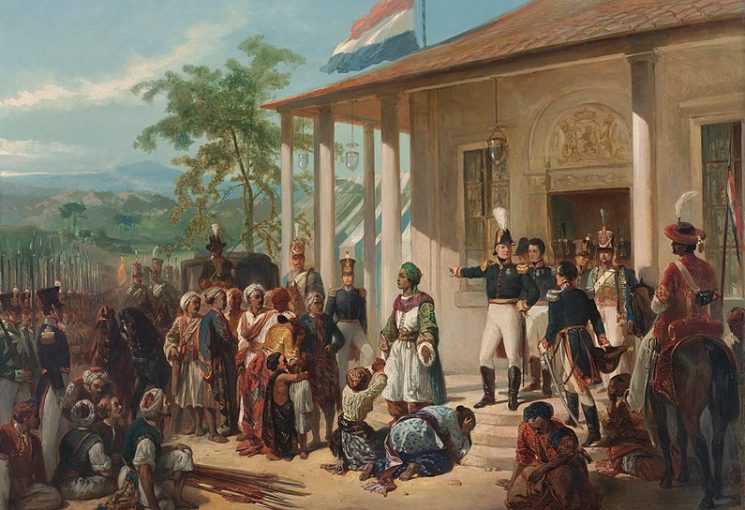 Exploring how collective memories that have significantly shaped the frequent friction within Muslim-Christian socio-political interaction in Southeast Asia, Barbara Watson Andaya, professor of Asian Studies at the University of Hawai‘i, reminded the audience in the CRCS-ICRS Wednesday Forum on April 4th, 2018, that the past is always with us and that every present is full of possibility. Focusing on the seventeenth century, Andaya investigated how contentious memories of Muslim-Christian bloody battles in Europe and the Middle East traveled to Southeast Asia through the global circuits of trade, imperial occupation, and missionary rivalry.

That was a time of radical change in the religious landscape of Southeast Asia as, on one hand, Islam spread in the Archipelago (Nusantara) through Indian and Chinese trading connections and locally-adaptive Sufism and, on the other hand, European colonizers arrived with a Christianization mission. Studying these times, however, Andaya also found stories of tolerant as well as ambivalent and ambiguous interactions between Muslims and Christians.
Andaya began her presentation by showing the global image of holy war and hostility imported into the local sphere that eventually impacted deep social segregation. The colonizers brought bloody memories of the crusades and Muslim-Christian conflicts in Spain and Portugal. Antagonistic imagery was brought by the Iberians (Spanish and Portuguese) against the Moors (the Muslim inhabitants of Andalusia). The tension culminated in the Moro wars between the Muslims and the Spanish in southern Philippines (1575-1663).

Andaya exposed how the Portuguese taking over Melaka in 1511 destroyed mosques and evicted Muslims. The Portuguese forces in Melaka, often led by priests, managed to convert local people to Catholicism to strengthen their position against Muslims in control of the spice trade. As a countervailing force, The Turkish Ottomans assisted Acehnese in the effort of retaking Melaka.

Andaya pointed out that the mission of Christianization was utilized as a justification for economic penetration. Having these tensions already, the Protestant Dutch through their East India Company (VOC) arriving in 1602 added a new problem. VOC was successful in establishing economic bases in major areas of the Archipelago. They managed to convert not only Muslims and indigenous people, but also Catholics, to Protestantism. “The rivalry set the stage for the contemporary division of Christianity into ‘Katolik’ and ‘Protestan’ in Indonesia,” Andaya said. In that mission, Ambon, an island with a well-known vitriolic Muslim-Christian conflict in contemporary Indonesia, became a bastion of the Dutch Protestants and a center for training prospective priests and teachers.

Prof. Barbara Andaya at the CRCS-ICRS Wednesday Forum.Nevertheless, despite rivalries and conflicts going extremely intense, Andaya underscored that there were some bright spots of interfaith relation and tolerance among Muslims and Christians. Andaya founded that in Aceh, Augustinian friars were allowed to hold a mass and attended by the Sultan and his sons. She also detected a shared heritage when Sultan Iskandar Muda, the king of Aceh sultanate at the time, asked English sailors to sing a Psalm of David in their own language. In the late sixteenth century, Hamzah Fansuri, a prominent Sufi poet, wrote a poem about the three Abrahamic religions having one divine source:

Andaya also noted that while many Europeans called Muslims deceitful and violent and Muslims saw Christians as infidels and liars, Nuruddin al-Raniri, a Muslim scholar and advisor to the Aceh sultanate, depicted Jesus as a devout man who wore a green turban, ruled over the earth peacefully, destroyed idols and pigs, and was married. Al-Raniri wrote that it was the apostle Paul who corrupted Christianity by introducing the concept of the Trinity.

Andaya also described how Jesuits compiling books for missionaries said that Islam should be treated with respect though it did not represent Christian teachings properly. Similarly, training Protestant ministers trained in Leiden, Gisbertus Voertius (1589-1676) also argued for this kind of respect, though he too criticized Muslim teachings.

In the Q&A session, a participant asked about the methodology for reconstructing the history and collective memories that were multiple, have been reinterpreted and transformed, by many people. Andaya answered that in her study, she tried to be judicious with contemporary materials to try understanding written materials of the past. She was aware with collective memories containing individual memories that might conflict each other and change over time, yet individual experience very frequently coalesce into community history. She realized also that other fragments of the past, placed as not part of the official history, were thrown away. To deal with this problem, Andaya pronounced that historical and anthropological approaches in reconstructing oral history and memories in the grass root level are needed.