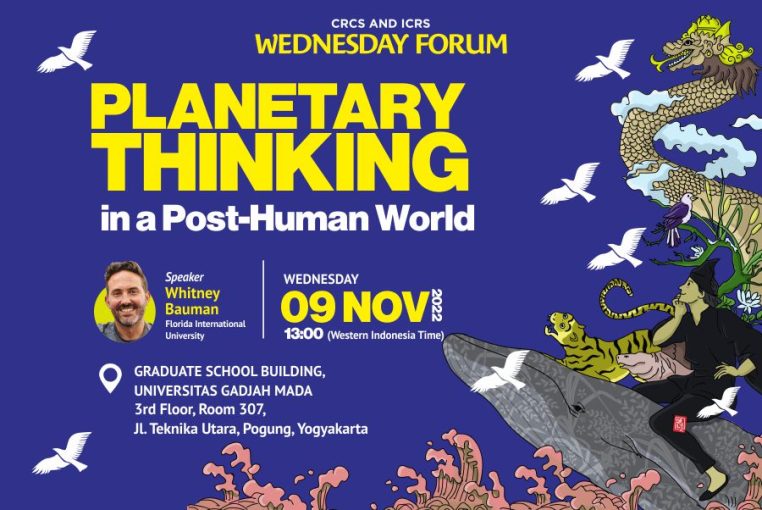 In his book, The Darker Side of Western Modernity, Walter Mignolo outlines several options for a future of the planet beyond the western, modern colonial world. He spends most of that book talking about the decolonial option, with only fragments spent on what he calls “the spiritual option.” In brief, the spiritual option is about decolonizing religious traditions through more embodied spiritualities that focus people on the human and more-than-human communities in which they live. As such, the spiritual option has affinities with both “liberation” style religious strands and with animisms found in indigenous communities. In addition, recent scholarship around “New Materialisms” also suggests that there is agency and value in the rest of the natural world: much like in animist traditions, everything on the planet is alive, acts, and is acted upon. In my contribution to this discussion, I make an argument for the ethics of a post-human world from animist and new materialist perspectives. Such an argument depends on something like a planetary spirituality, which may be a supplement to Mignolo’s “spiritual option.”

Whitney Bauman is an associate professor of religious studies at Florida International University in Miami, Florida. He is also co-founder and co-director of Counterpoint: Navigating Knowledge, a non-profit based in Berlin, Germany, that holds public discussions over social and ecological issues related to globalization and climate change. His areas of research interest fall under the theme of “religion, science, and globalization.” He is the recipient of a Fulbright Fellowship and a Humboldt Fellowship. His publications include Religion and Ecology: Developing a Planetary Ethic, co-authoring with Kevin O’Brien, Environmental Ethics and Uncertainty: Tackling Wicked Problems.

If humans weren't on Earth, this planet would most

For Muslims in Indonesia, divorce tends to be easy