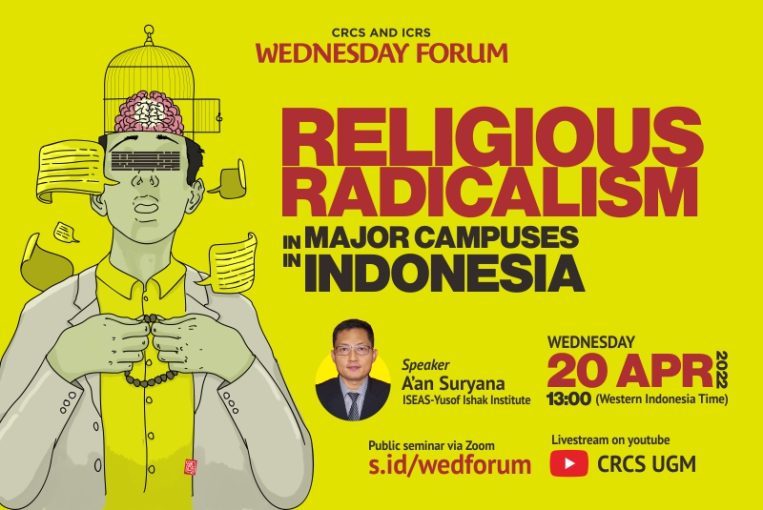 A’an Suryana, Ph.D. is Visiting Fellow at ISEAS-Yusof Ishak Institute, Singapore. His areas of interests are Good Governance, MinorityStudies, State Practices, National Security (Communal Violence, Conflict Resolution andTerrorism), Political Islam, Media Studies & Freedom of Information. His book, which is based on his dissertation, has been published by Routledge entiteled The State and Religious Violence in Indonesia: Minority Faiths and Vigilantism. He has also published in some reputable regional and international journals, including Asian Studies Review and South East Asia Research. This presentation is based on his publication from ISEAS-Trends in Southeast Asia 2022 series entitled “Religious Extremism in Major Campuses in Indonesia”.