Renegotiating Indonesian nationhood from below 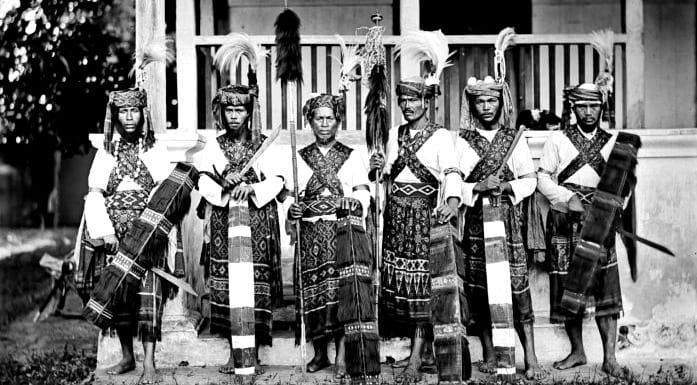 Renegotiating Indonesian nationhood from below

Researchers commonly explain Indonesian political reform by looking from a national perspective. In his talk at the CRCS-ICRS Wednesday Forum, on September 19, 2018, Dr Abdul Gaffar Karim, a senior lecturer at the Faculty of Social and Political Sciences UGM, proposed the reversed way, starting from the local, with a focus on the roles of religious institution as part of civil society, to look at how they have shaped and renegotiated what it means to be Indonesia. From the contractual perspective, the state of Indonesia, Dr Karim argued, is not static; it is always in the state of becoming. Its social contract is therefore always being renegotiated.

Dr Karim took two regions as cases: Manado in North Sulawesi and Sumenep in Madura. These are contrasting examples. Madurese as an ethnic group is a minority in Indonesia, but almost all Madurese are Muslim and so they are part of the majority. Manadonese are a minority in terms of ethnic group (Minahasans) and religion (Protestant Christianity). In both regions, the structure of religious institutions are different, but has a similar dominating role in society. In Manado, churches are as central as pesantren in Sumenep in shaping the discourse on religion and nationhood as well as in providing social services.

Gereja Maeshi Injil di Minahasa (GMIM), one of the largest Indonesia Protestant churches that has a history back to Indische Kerk (IK) and Nederlandsch Zendeling Genootschap (NZP) or Dutch Missionary Union, not only focuses on preaching Christianity but also has established schools and hospitals. And for Dr Karim, Minahasans are more accustomed to diversity, contrary to the Madurese who are so homogenous that almost all of them are not only Muslim but also belong to or have association with Nahdlatul Ulama. There are more than 300 pesantren in Sumenep alone and, compared to the state, they are more penetrative to the community, making them, as Dr Karim argued, the actual governing structure of community. In fact, only those who have close connection to pesantren gain top political position in Madura. Holding a family tie with pesantren leader is one of the main keys to success for anyone running for election in Madura.

Minahasans have a long history of admonishing (menegur) Jakarta, traceable to the founding era of Indonesia when Alexander Maramis was objected with Indonesia being based on Islam as represented in the first principle of Piagam Jakarta. Many Minahasans today are also proud of the manguni, a kind of owl but smaller, symbolizing resistance against the hegemony of Jakarta or Java. Symbols of manguni were prohibited by the New Order regime on the grounds that it has a strong association to the Brigade Manguni that was involved in the Piagam Perjuangan Permesta (Permesta) rebellion in 1950s against the central government. In fact, Manado was the center of this rebel movement. Today, people can use manguni, There is now a group which calls itself Laskar Manguni and the youth are proud to be associated with Maramis, reminding Jakarta that this country is not an Islamic one. In economic matters, Minahasans export goods abroad directly without any need for permission from Jakarta.

On the other hand, Madurese are more supportive of the central government, especially when the agenda in concern are in service of Muslim interests. But there have been some occasions when they resisted, such as when the New Order regime installed a Javanese military officer to be a regent in Sumenep.

The cases of Manado and Madura show the fabric of Indonesia; what it is made of and will (always) become. The bottom-up approach to look at what being Indonesia means suggests that this country is an accumulation of many regions, each with its political dynamics and social contracts to the central government that are subject of negotiation. There were times when the unity of these thousands of island was fragile. The strength of the unity of this nation is therefore dependent on how this diversity is represented at national level.

During the Q&A session, a participant asked about the extent of influence of religious leader in Madura and Manado. Dr Karim answered that the kyais cannot totally control the election, but they have a great power to shape the discourse, to influence policy making, and have an access to state resources, as they are the ones asked of approval and blessings by a candidate running in election. They affect people to vote or not vote for certain candidates. In Manado, churches are more formal and have hierarchical, group leaders, contrary to pesantren which are more informal and led by a kyai who is usually also a community leader. Churches in Manado are not competitive, while pesantren in Madura are basically disconnected to each other and quite often they are rivals in political matters.

Inasshabihah is CRCS student of the 2018 batch.