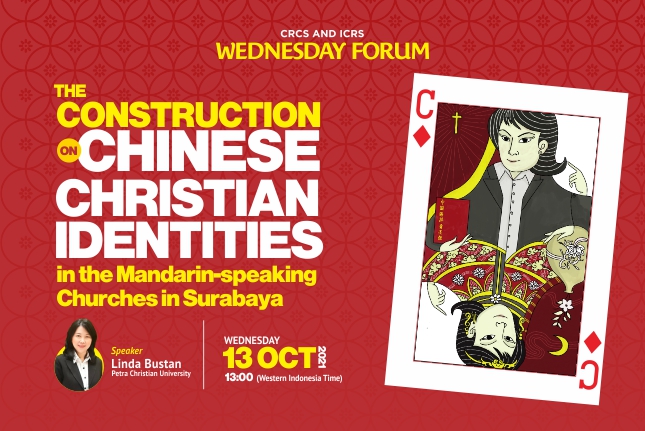 The Chinese Christian community has been more than a century in Surabaya. They came from mainland China as Protestant Christians in the 1900s. They established the first Chinese church – the Tiong Hoa Kie Tok Kauw Hwee (THKTKH) in Surabaya in the 1928. THKTHK Surabaya has become two independent synods, the Mandarin-speaking churches. Understanding Chinese Christian identities in the Mandarin-speaking churches in Surabaya employ culture, language, and origin. The historical background has affected both their ethnic and religious identities. The in-group and out-group interaction of  Chinese Christians have formed their identities to preserve their Chineseness on the one hand but also to become hybrid. The dynamic interactions have been affected continuity and changes of the meaning of being Chinese Christians

Linda Bustan is a lecturer at Petra Christian University, Surabaya. She finished her Doctoral in interreligious studies at Indonesian Consortium for Religious Studies (ICRS), Yogyakarta. Her dissertation focuses on Chinese Christian identity.