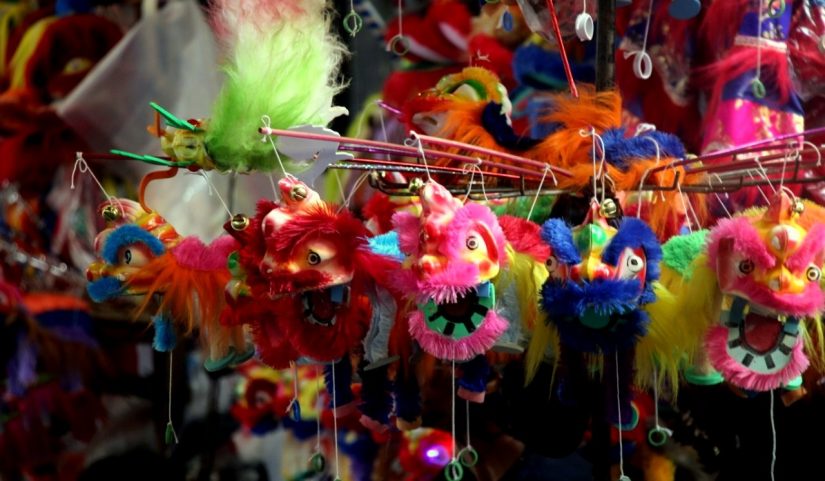 Confucianism is the only one among the other five official religions in Indonesia that experienced a peculiar path in negotiating its status with the Indonesian government. When the Chinese association called the Tiong Hoa Hwee Koan (THHK) introduced it for the first time in the archipelago in 1900, its believers received challenges and questions whether Confucianism is a religion. The doubt and skepticism come from the modern paradigm of world religions and the hegemony of the Abrahamic religious traditions, which emphasize the existence of a personal God, prophet(s), sacred texts and rituals in their definition of what counts as religion. This paradigm stimulates the Confucian believers in Indonesia to explore the spiritual dimension of their faith.

In post-colonial Indonesia, when the Indonesian government applied Pancasila and the world religion paradigm in defining religion, the Confucian believers adopt the Gong Yang school, which promotes the Confucian spiritual dimensions. They also fitted their religious doctrines to Indonesian culture by translating some key concepts from Chinese language to Indonesian. In January 1965, Soekarno finally included Confucianism as one of six formal religions in Indonesia when he launched the Presidential Decree No. 1/1965 on the Prevention of Blasphemy.

In 1967, Soeharto came into power and fiercely combated communists. The status of Chinese-Indonesians became vulnerable since he considered the Chinese-Indonesians have closer association with China and communism. He launched a presidential decree that bans Chinese language, media, and schools, and restricts Chinese culture expression and and religion in private sphere only. Soeharto, however, still recognized Confucianism as a religion until 1977 when he issued a policy degrading Confucianism as a sect (aliran kepercayaan).

Soeharto was in his full power and authority when Budi Wijaya (Po Bing Bo) and Lanny Guito (Gui Ay Lan) decided to marry following Confucian rites at the Confucian temple Boen Bio in Surabaya in 1995. The Civil Registry Office of Surabaya refused to issue them an official marriage certificate. The marriage was ruled illegal since it was conducted in a Confucian way while Confucianism (Konghucu) was not one of the state’s officially recognized religions. The Office offered them two options: 1) change the certificate with one of the recognized religions such as Buddhism; or 2) ask the Council for the Confucian Religion in Indonesia (MAKIN) at Boen Bio to issue a letter certifying their marriage without the word ‘religion’ in its letterhead and stamp. They refused both alternatives because they perceived them as degrading.

During this period of uncertainty about their marital status, Lanny and Budi were temporarily pleased with the birth of their child, but this led to yet another legal problem. Without an official marriage certificate, their children could be regarded as being born under pre-marital sex, which could make them vulnerable to discrimination and stigmatization. Motivated by what they saw as moral duty of a Confucian, they brought the case to court by suing the Civil Registry Office’s chairman for rejecting to register their Confucian marriage.

Many people, including from the local Chinese community, were skeptical of their legal struggle. They were carrying double minority statues as Chinese-Indonesians and Confucians. Nevertheless, they kept trying with the help of a Yap Thiam Hien awardee, Trimoelja D. Soerjadi, as their lawyer. Their relentless struggle managed to draw support from several prominent figures, including Djohan Effendi from the Institute for Interfaith Dialogue (DIAN/Interfidei) and the chairman of Nahdlatul Ulama, Abdurrahman Wahid (also known as Gus Dur), who later became Indonesia’s fourth president. However, they had to wait until the toppling of Soeharto to gain their civil rights.

It was only in 2000 under the Wahid administration that Budi and Lanny finally gained official recognition of their marriage. The Supreme Court accepted their lawsuit based on the Presidential Decree No. 6/2000 issued by President Wahid to repeal the preceding decree No. 14/1967 on the Prohibition of Practicing Chinese Rituals and Beliefs. President Wahid’s decree allowed the celebration of the Chinese New Year (Imlek) and enabled the state’s recognition of Confucianism as a religion.

In 2006, the Ministry of Home Affairs and the Ministry of Religious Affairs gave a more specific recognition of Confucian marriage and religious education respectively. Confucians can now register their Confucian-based marriage officially in the state’s civil administration and receive government support for Confucianism to be taught in public schools. In 2008, under the Susilo Bambang Yudoyono administration, the Ministry of Education issued a regulation (Permendiknas No. 47 and 48) on the material standard of the subject of Confucian Religion and Competency Standards for Graduates of Confucian Religion. This regulation was subsequently used as a foundation in compiling textbooks on Confucian religion for elementary, junior, and senior high schools.

Benefited by such constitutional legitimacy, Budi and Lanny shared their current achievements in educating the Confucian younger generation that can be summed up basically into two aspects: publishing Confucian textbooks and organizing activities for Confucian religious classrooms, coordinated under the Majelis Tinggi Agama Khonghucu Indonesia (MATAKIN – the Highest Council of Confucian Religion in Indonesia).

The MATAKIN has published many Confucian textbooks for elementary school students, such as Aku Seorang Junzi (I am a Junzi [a virtuous person in Confucianism]) written by Lani and her team. When the curriculum changed in 2013, they composed new textbooks titled “Pendidikan Agama Khonghucu dan Budi Pekerti” (Confucian Religious and Character Education). Beyond formal education, in 2015 they also published two books for children gatherings at the lithang (Confucian worshipping place): Buku Panduan Pengajaran Sekolah Minggu Khonghucu (Confucian Sunday School Teaching Handbook) and Buku Aktivitas Sekolah Minggu Khonghucu (Confucian Sunday School Activity Book). The Booklet of XiaoKong was published in 2016 by Dq. Sienny Vivi from MAKIN Genta Rohani Malang. This booklet is dedicated for children at 4 to 18 years old. For teenagers, they wrote serial books of adolescent activities to nurture their personal characters. They also held a Confucian camp as a non-formal activity for the young Confucian generation, organized by a Confucian Youth organization called Pemuda Khonghucu Indonesia (PAKIN) at Boen Bio temple in Surabaya.

We saw an optimism that has motivated them to survive even though the number of Confucian believers has been shrinking drastically. The chair of MATAKIN in 1971, Surjo Hutomo as quoted in Evi Lina Sutrisno’s dissertation, claimed exaggeratedly to have three million Confucian members. According to the 2010 National Census by Central Bureau of Statistics (BSI) Indonesia, the number was significantly decreased to only 117.091 due to the massive conversion to another religion under the pressure of Soeharto’s authoritarian regime. Budi and Lanny, however, maintain their spirit high and keep focused on educating the younger generation rather than reconverting their ex-Confucian fellows.

Ach. Fatayillah Mursyidi is a CRCS student of the 2018 batch. Evi Lina Sutrisno is a lecturer at CRCS and ICRS, and teaches Advanced Study of Confucianism at CRCS for this semester.

Header photo was taken by Chusnul Chotimah from a Chinese Culture Week event in Yogyakarta, February 2019.