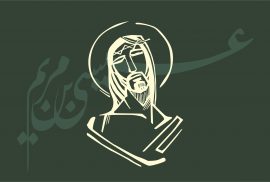 The Christianity addressed in the Quran

A report of Mun'im Sirry's presentation on Islamic christology at the CRCS-ICRS Wednesday Forum on September 27, 2017. 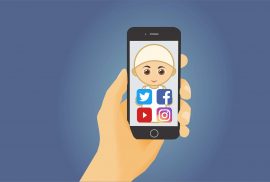 Social Media and Islamic Propagation to Muslim Youth in Indonesia

A report on Dr Hew Wai Weng's presentation at the CRCS-ICRS Wednesday Forum, August 30, on the dakwah style of Chinese-Indonesia Felix Siauw. 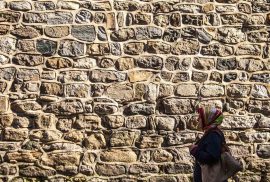 A European woman sharing a story of conversion to Islam

Sharing her experience as a German woman converting to Islam, Dr Katrin Bandel gave a presentation at the Wednesday Forum. 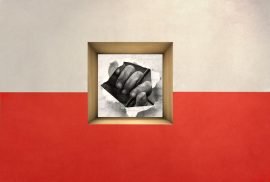 Perceptions towards Muslim Refugees in Poland

Anna M. Maćkowiak, a doctoral student from Jagiellonian University presented her research in Wednesday Forum about how Islam has been perceived in her home country, Poland. 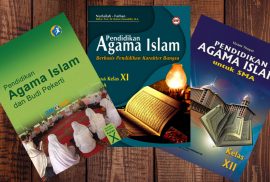 
At the CRCS-ICRS Wednesday Forum on April 12th, 2107, Sawyer Martin French, a research fellow at the Institute for International Studies at the Faculty of Social and Political Sciences at Universitas Gadjah Mada, gave presentation on the government-mandated curricula of Islamic education in public high schools. He took several public high schools (Sekolah Menengah Atas, SMA) in the province of Yogyakarta, with the method of classroom observation, interviews with teachers, and student focus group discussions in a few schools. More importantly, he also presented his research on Islamic textbooks used in those high schools which he observed have undergone content changes.
In his presentation, French showed that each political period has a difference in the emphasis of the contents of the Islamic textbooks used in SMA. There are three political periods where curricula for Islamic education in SMA have evolved, from the 1994 curriculum, which was formed under the Suharto New Order’s regime; then replaced by the 2006 curriculum under the post-reformation period; and the latest, 2013 curriculum. French shows the content of the Islamic curricula has undergone several changes, three main of which are that related to tolerance, democracy and gender issues.

Regarding democracy, French mentioned an example of 1994 Islamic textbook mentioning the importance of “mushawarah” (lit. consultation to each other) as an Islamic teaching in managing Indonesian politics and governmental administrations. The 2003 textbook mentioned the importance of being a good citizen, meaning a democratic citizen, by further interpreting the meaning of mushawarah. This shows the change due to discourse on democracy generated by reformation. In the 2013 textbook, there is a reference to put more details of how Indonesia democracy should take the ideal shape, and that is to take the example set by the Medinan charter during the time of the Prophet.
Relating to tolerance, the textbooks show changes in the way Muslim should deal with other religions or Islamic sects. In the 1994 textbook, Pancasila was referred to as be the basis of harmony among religious communities while in the 2006 textbook, tolerance can be built along social matters but not along religious lines. The 2013 textbook mentioned that tolerance is a tool to unite the nation, but there are a few sentences which suggest intolerance against some Islamic sects, such as that some Sufi orders practice bid’ah or heretical rituals and that Shiites and Ahmadis are deviant and beyond the limit of tolerance.
As on gender issues, the dominant content of the 1994 textbook upholds the obligation of men as the leader of the family and women as the one who must be obedient to her husband. This was set as an example of a good family. In the 2013 textbook, the focus was more to a companionate marriage and mutual relationship. The notions of housewife and superiority of men which were mentioned in the previous textbooks are now gone and replaced by sentences suggesting a more equal relationship between the husband and the wife, though there is still an emphasis that, despite the same level, “their roles are different.”
*Anang G Alfian is CRCS student of the 2016 batch 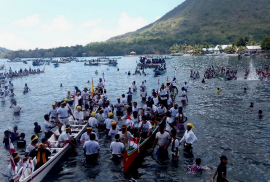 Emplacement and displacement in the Banda Islands

In Indonesia, people can be called by their homeland’s name, such as orang Batak, orang Sunda, orang Manado and so on. The Indonesian concepts that are tied tightly to ideas of land, community, and cosmology referred to as adat have a dynamic and complex relationship to people’s religious identification and how they understand their identities. People can be emplaced or displaced in regard to how their religious identity relates to their cultural identification with particular places. While emplacement is the process by which people identify themselves with a place, displacement is a dislocation, removal, expropriation, takeover, or ideological process to refute claims of rights over land, the use of cultural symbols, or the ability of people and groups to self-identify.