A review of Albertus Rahardjo's 2007 master’s thesis at CRCS on the experiences of a post-disaster Christian community in Bantul, Yogyakarta.

A review of Wilis Ekowati’s 2006 master thesis at CRCS UGM titled “The Controversy of Bhikkhuni Ordination (Upasampadā) within Theravada Buddhism in Indonesia”. 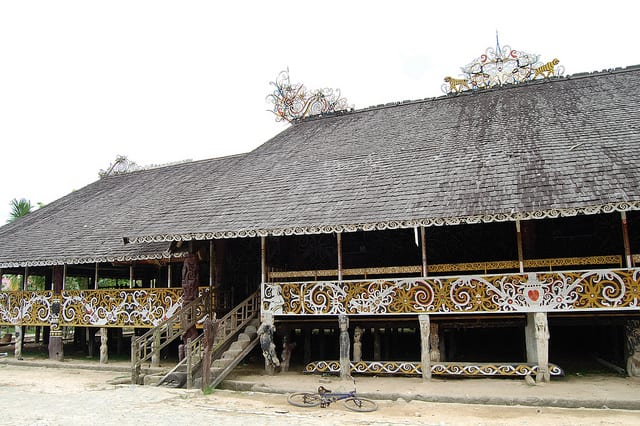 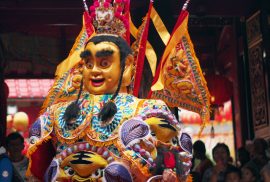 The Chinese Lantern Festivel has been an annual public event in Tegal, Central Java, in which the non-Chinese also participate, as explored by Khaerul Ummah (CRCS, 2004 batch) in his master’s thesis.


In 2014, the President of Indonesia, Susilo Bambang Yudhoyono, released a policy addressing the “revitalization” including potential reclamation and economic development, of Benoa Bay at the southern tip of Bali. In the months that followed, there was public debate about the economic and environmental consequences of the proposal involving many sectors of Balinese and Indonesian society. Since Bali is well-known as the one majority-Hindu part of Indonesia, it was to be expected that religious identities and value also would have a significant role in the controversy. Daud Partigor’s thesis “Significances of Theological Argumentation in Rejecting the Proposed Reclamation of Benoa Bay” focuses of religious elements of the debate, including the role of religious institutions and of religious language and ideology as the legitimation for arguments opposing the reclamation of the bay. His research also shows that the debates on rejecting the proposed reclamation of Benoa Bay are part of a complicated process merging ideas of religiosity, the environment, economic interests, culture, politics and humanity in one pot. But, here also, the author tries to emphasize how religious ideas could be implemented at other levels, such as in governmental regulations to advocate the existence of Benoa Bay area.
In this case, the key theological element being promoted and argued is the concept of sacred places. Local people around the Benoa Bay consider the bay itself as a sacred space. Toward the sacred space, Balinese Hindus have their certain understanding that leads them to behave also in a certain way.
The discourse of Benoa Bay’s sacredness based on the teachings of Hindu-Bali traditions became public in early 2015. The ideas about the sacredness came from  by analyzing how exclusively religiously-based arguments become explicitly used in the public discussion, the thesis offers insight into thethe revival of religion in public in a different context than Islam-focussed studies have offered.
The discourse of Benoa Bay as a sacred place is used by some organizations to advocate and protect Benoa bay from the reclamation. This study case is important because it shows how the policies made by both state and religion are influence each other. In the Bali context, the key actor is the Hindu Supreme Council or Parisada. Partigor explains how Parisada is divided between local branches and the central office in Jakarta which makes regulation and decisions for all the members of Parisada locally and nationally. In early 2016, the national board of Parisada issued a formal statement declaring the sacredness around the Benoa site and rejected the reclamation. Coming from the highest level of Hindu council in Indonesia, Parisada’s statement had political influences at the national level. that claim has a because it claimed to represent the whole Hindu community in Indonesia.
Parisada became the pioneer in reconstructed again the understanding of sacred place and other theological conceptions that used by other movements to reject the reclamation. Beginning of 2013, Parisada developed a theological argument about the reclamation of Benoa Bay based on  principles found in Tri Hita Karana and Sad Kertih. The central text for the Hindu-Bali communities, Tri Hita Karana talks about living in perfect harmony the three elements of human life: God, then other human beings and the environment. Another theological conception that has been used by the Parisada to reject the reclamation, Sad Kertih also talks about living in harmony with the universe. Sad Kertih specifically mentions the ocean, the forests, the lakes and also other human. While the Tri Hita Karana coming from general Hindu concepts found in the Vedas, Sad Kertih draws on the tradition of local Hindu-Bali traditions. Veda They have been used previously to support other political interests, including supporting the 1969 Rencana Pembangunan Lima Tahun (five-year development plan).
Even though Hindus are the majority in Bali, especially in Benoa Bay area, Bali is not homogeneous. There are some other communities that aren’t Hindu. Therefore, according to the author, the claimed of sacredness in Benoa Bay should not be the ultimate reason to reject the reclamation but the society need their own logic and perspectives to perceive this problem.
There are some characteristics of religion revival in the case of Teluk Benoa Bay if we compare to Thoft’s characteristics of religion revival. First, it refer to the participation of religious communities, which is this case are represent by the Parisada and other religious communities that live around Benoa Bay. Second, crisis on understanding religion from the secular world. In Indonesia’s context this process happened after the fall of new order, while religion and state being separated and even there was intervention to the religious related things. The third characteristic is the freedom of religious expression which is also begin after the fall of new order. And the last one is the influence of globalization, democracy and modernization.
Partigor argues that the discourse using a theological perspectives in order to reject the proposed reclamation could be an evaluation of John Rawls’s theory about public logic. Rawls argued that any  decision made in public should be based in inclusive ideas that canbe accepted by everyone from various backgrounds. In the debates of Benoa Bay reclamation, an exclusive idea was used in public by a religious actor and the public accepted it.
Title: Significances of Theological Argumentation in Rejecting the Proposed Reclamation of Benoa Bay | Author: Partigor Daud Sihombing (CRCS, 2016) 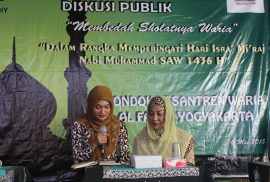